“Ppany-ah! What’s with your snapchat post?” Taeyeon barges in to the room where the girl in pink loose tee was lying on her stomach on their bed.

“What?” The latter nonchalantly answers, still playing with her phones, browsing some photos tagged by her fans in instagram. There are already some post of her latest snapchat updates which she just posted couples of minutes ago.

Taeyeon walks toward the bed and sits beside the laying girl. A frown is plastered on her face. “Don’t you remember that we should tone down a bit? The company made our MV concepts getting paired with guys for a reason, Ppany.”

The girl on the bed does not seem to care listening to Taeyeon’s words. Instead, she laughs at the posts made by her fans showing a screen capture of her snapchat post that she just uploaded a moment ago: she lip-synced into Taeyeon’s Starlight with a caption “trying to be DEAN #DeanPani” ended with a laughing emoticon. The fan added his own wordings stating: “Fany tries to be dean. We all wanna be Tiffany.” She taps the screen twice to like the picture.

“Yah! Ppany!” Taeyeon loses her patience and snatches the phone from Tiffany when her eyes stumble upon the picture Tiffany just liked. “Ppany-ah…” She whines. “Now, you just liked this picture??” Taeyeon put the phone on the bed as she massages her temple. “Now, what should I say to the managers?” She feels more pressured knowing that Tiffany just liked a picture with the wording.

“Why can’t I like the picture?” Tiffany finally sits up to face the sulking Taeyeon, taking her phone from the bed and shifts over to put it on the nightstand.

Taeyeon only shows her sad-puppy expression to Tiffany. “You know why.”

Tiffany frowns at Taeyeon’s words as she scoots over to sit next to Taeyeon. “I just found that post funny. I mean, how can he come up with that words? ‘Fany tries to be dean. We all wanna be Tiffany.’ That’s hilarious.” She states playfully, hiding the fact that she hasn’t been recovered from her jealousy from the way Taeyeon acts like a cute girlfriend to Dean, and now she needs to deal with fans start to ship Taeyeon with that guy. The sole reason why she post the snapchat updates and also liking TaeNy pictures tagged by her fans is to reclaim once again that Taeyeon is hers.

“Why do you think they all wanna be you?” Taeyeon asks with a pout.

“Because you’re mine.” She states sternly as she looks at Taeyeon seriously.

“Eh?” Taeyeon is surprised with the sudden tone and bluntness.

“The SONEs know you’re mine. They ship us. But some of them now start to ship you and Dean after the MV was released. And I don’t like that.” Tiffany pouts as she glares to Taeyeon who still has her mouth agape, surprised by the sudden outburst.

“And yes, I intentionally post my snapchat with that caption, because I want to be the one in that MV instead of Dean. You were asking why? There! I give you my answer.”

“Yes. I want to be the one who act lovey dovey with you. Not him. Not anyone else. And I don’t want you to be shipped by anyone else but me!”

“No, you can’t.” The blonde suppresses her smile. “You don’t need to be jealous. Everyone knows you’re mine and I am yours.”

“But still, you look so cute together with him.”

“Says the one who kissed Minho in her MV.”

“Yah!” Tiffany slaps Taeyeon’s arm. “Don’t remind me. I needed to imagine kissing you instead of him to get that scene, you know?”

Taeyeon laughs softly and says nothing but she then shifts a bit and lies her head on Tiffany’s lap.

“What are you doing?” Tiffany questions the sudden move.

“Doing my MV scene with you as the model. Now, stroke my hair, please?” Says the blonde as she closes her eyes.

“Silly…” Tiffany mutters under her breath but does as Taeyeon asks, stroking the hair softly.

“We can act lovey dovey like this all the time, Ppany. No need to be jealous.”

“And I demand you to do your MV scene with me after we’re done with mine,” Taeyeon continues.

“Yes, the kissing scene.” She answers as looks up to see Tiffany’s eyes. “It doesn’t need under the umbrella in the middle of the rain. I just want the kiss.” The petite girl grins teasingly.

“Okay.” Tiffany can’t hide her smile anymore and leans downward to kiss Taeyeon on the lips but the latter holds her shoulder and shakes her head. “Why Taetae?”

“We are redoing my MV right now. Dean and I didn’t kiss.”

“You are trying to be Dean right? So, no, you can’t kiss me.” She smirks naughtily.

Taeyeon chuckles as she sits up from her position. “So, no more trying to be a guy?”

“Ah, what a shame… DomFany sounds good to me.”

“I want to be dominated sometimes.” The blonde continues to tease. 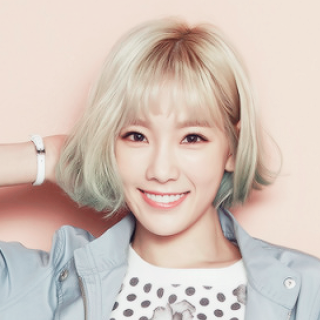 "She was fascinated with words. To her, words were things of beauty, each like a magical powder or potion that could be combined with other words to create powerful spells." -Dean Koontz